Last Wednesday, Fed Chairman Jerome Powell told the press that the central bank is “strongly committed” to bringing down inflation, and that he believes the Fed can do just that using its monetary policy tools. In other words, the Fed is banking on the fact that raising interest rates will calm the storm of inflation to get it back in check. That’s precisely why the Fed opted to raise rates by a whopping three-quarters of a percentage point last week—the largest interest-rate hike since 1994.

Here’s how we got here, why it matters, and what you need to know moving forward:

The economics behind inflation can be complex, but in the current environment, the blame seems to fall on an unfortunate confluence of two key factors—a bona fide ‘inflation double threat’:

These factors are so intertwined that they’re nearly inseparable. The issues in the global supply chains were caused largely by the pandemic. Labor shortages caused manufacturing to slow and transportation of goods to grind to a halt. Just as things seemed to be getting better—refrigerators and new cars were finally back in stock!—another wave of COVID hit, then came the war in Ukraine. It didn’t help that, after spending close to nothing during lockdown, consumers went into a shopping frenzy just as production slowed. And with demand outpacing supply, prices rose. Inflation was inevitable.

With the double threat gaining speed, inflation started to become a real concern in mid 2021. It wasn’t long before investors began pricing potential inflation into the stock market. The market began slowing in January 2022, and by March, higher inflation levels began to send shock waves through the stock market, which drove market volatility to the sky. (For more on volatility, see our March 2022 newsletter, The Truth About Volatility.) Optimists had high hopes that we had hit ‘peak inflation’ under the assumption that fewer COVID-related supply chain constraints and slowing consumer demand would dampen inflation and return things to ‘normal.’ While volatility did ease a bit through the end of May, inflation continued to accelerate, and volatility returned with a vengeance.

Since then, inflation has become the central focus of the market—and of the Fed.

To combat the worst effects of inflation, including a potential recession, the Fed moved aggressively on interest rates, raising the benchmark rate by three-quarters of a percent. This followed a quarter-point increase in March and another half-point increase in May. The Fed defended the decision as a necessary defense. With consumer prices up nearly 9% compared to a year ago, it’s hard to argue that they’re wrong. Higher interest rates work to dampen consumer demand, which pushes down prices, which in turn reduces inflation. But after a decade of historically low interest rates, it’s been tough to swallow—especially for investors.

As we’ve witnessed, higher interest rates have a negative impact on the values of stocks and bonds. This is normal market behavior. For stocks, the future earnings of the companies they represent are discounted by higher interest rates. Profit margins are squeezed as input costs rise and borrowing money for capital expenditures is more expensive. For bonds, higher interest rates discount future interest payments and principal repayment rates. For example, an older, seasoned bond with a coupon of 2% is less attractive than a bond issued yesterday with higher coupon payments that reflect the increase of interest rates across the market. The result: both stocks and bonds have fallen 13.6% and 5.7%[1], respectively, since the start of Q2. Investors have been left reeling. That doesn’t mean, however, that inflation, higher interest rates, or even the down market is all bad news for investors.

Where we go from here

Headlines about inflation and interest rates are spooking the markets and keeping investors up at night. Here are a few reasons we are optimistic, as well as why, as an LCM client, you should be able to rest easy:

NPR ran a story last week titled, Who are the Winners and Losers of the Fed Hiking Interest Rates? The takeaways: “the losers are most likely all of us—in the short-term,” and “the winners are most likely all of us—in the long-term.” I couldn’t agree more. I may not have the decades of wisdom shared by the members of the Federal Reserve Board of Governors, but I do believe that they are making smart decisions in the quest to achieve a balanced economy that benefits us all. As long as you have a stable income and sufficient savings to see you through the storm, sleep well and trust that there is light at the end of the tunnel. And if you find yourself tossing and turning the next time you read the financial headlines, pick up the phone and give us a call. We are always here to help put your fears to rest. 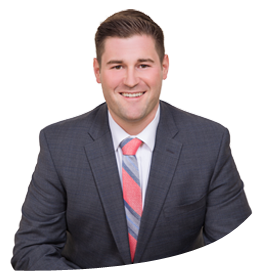