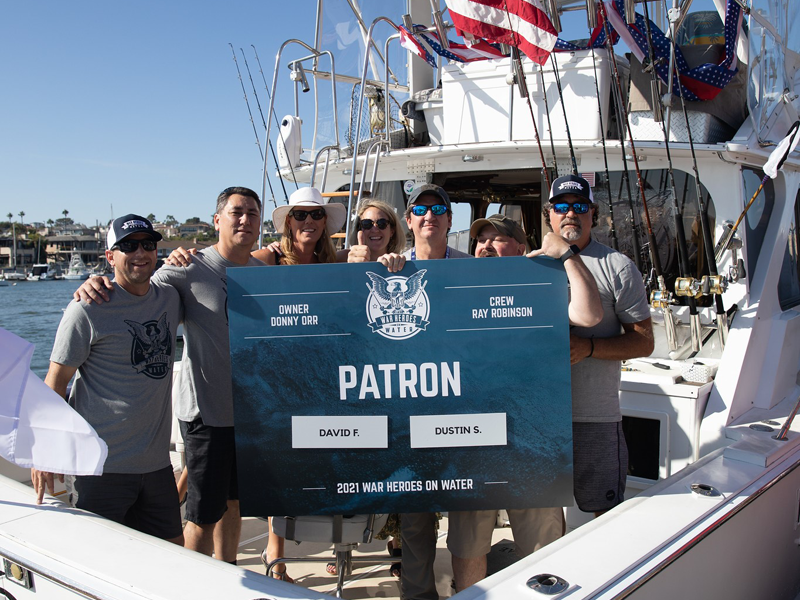 My family has always been connected to the military. My father served in the Army during the Korean War, and it was during his 19 months of service that he met my mother. After his tour of duty, he remained on base where he worked as a civilian mechanic for several years. My wife also comes from a military family, so it’s no surprise that we have a deep respect for the men and women who serve in every branch of the armed services and the sacrifices they make to protect our country. My good friend Don Orr recently helped me find a way to give back to these heroes through a program called War Heroes on Water (WHOW).

Don has been a long-time mentor to my son and me, fostering my son’s passion for fishing by helping us get out on the water, and even helping us find our first small boat. I had heard about the annual WHOW Tournament from a friend at the lending firm loanDepot, so when I mentioned it to Don and he told me that he knew the coordinator well (they actually grew up together on the same block), I felt it was time for me to get involved.

Founded by Anthony Hsieh (the owner of loanDepot), the WHOW Tournament is one of the largest programs of its kind in the country. This year’s goal was to raise $1 million for the continued therapeutic services for combat-wounded veterans. Don was supporting the event as Captain of the Patron, offering his boat and his time to host two veterans. Our team at Leisure Capital Management donated to WHOW, to their partner Freedom Alliance (a charitable organization focused on meeting the rehabilitation needs of wounded service members, combat veterans, and military families, and providing college scholarships to the children of wounded and fallen veterans), and contributed financial support to pay for our fuel and food during the 3-day event. I was thrilled to volunteer and participate in person with John Menzies as Don’s crew. What an experience, and what an event!

Our boat was one of 40 fishing yachts that hosted 100 veterans—men and women from all over the country who participated in the event. The festivities began at a lavish kickoff party hosted by Anthony Hsieh at his home in Newport Beach, followed by an impressive boat parade along the Balboa Peninsula shoreline. From there, each boat headed out to sea on its own route to Catalina Island, where we would meet up for the final ‘weigh-in.’

Don and I were thrilled to host two incredible veterans on the boat, Dustin and Dave, and the bonding that took place was unforgettable. Dustin shared some of his experiences during his tours in Afghanistan, including the story of how an exploding IED slammed a truck door into him, causing a post-traumatic brain injury. WHOW was Dustin’s first-ever fishing trip on the ocean. Dave, who was living proof of Southern hospitality, treated us to a breakfast of eggs, bacon, and his homecooked grits (which he had brought to us straight from South Carolina!). He also gave us each a Military Challenge Coin to show his appreciation for the adventure and to remember our time together. As we fished, talked about our lives, and even jumped into the ocean to explore a huge kelp paddy together (another first for Dustin!), we became very close. I’ve always admired the intense bonding that takes place when soldiers are on duty, with their lives on the line. On the water, we were able to build some wonderful bonds as well, but here it was all about sunshine, fish, and relaxation. At the final weigh-in party on Catalina, our group didn’t win awards or take home any trophies, but none of us cared. We didn’t need anything more than what we’d received from each other during our three magnificent days on the water: friendships and experiences that will be remembered for a lifetime.

The 2021 WHOW Tournament was a great success, exceeding its original goal and raising $1.4 million in cash donations to help ‘save lives and change lives’ for our war heroes. I want to personally thank Don Orr for inviting me to participate, Anthony Hsieh for his incredibly generous support of a cause that is so close to my heart, and our entire team at Leisure Capital Management for always going above and beyond to take financial and personal action to make a difference in the world. Thank you all!

For a brief glimpse into the event, including the fishing, emotions, and stories from the vets, take a few minutes to watch this video. As one commentor said: “Chills!” 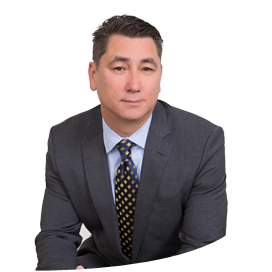